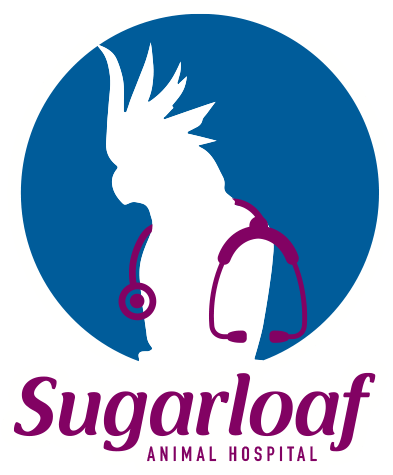 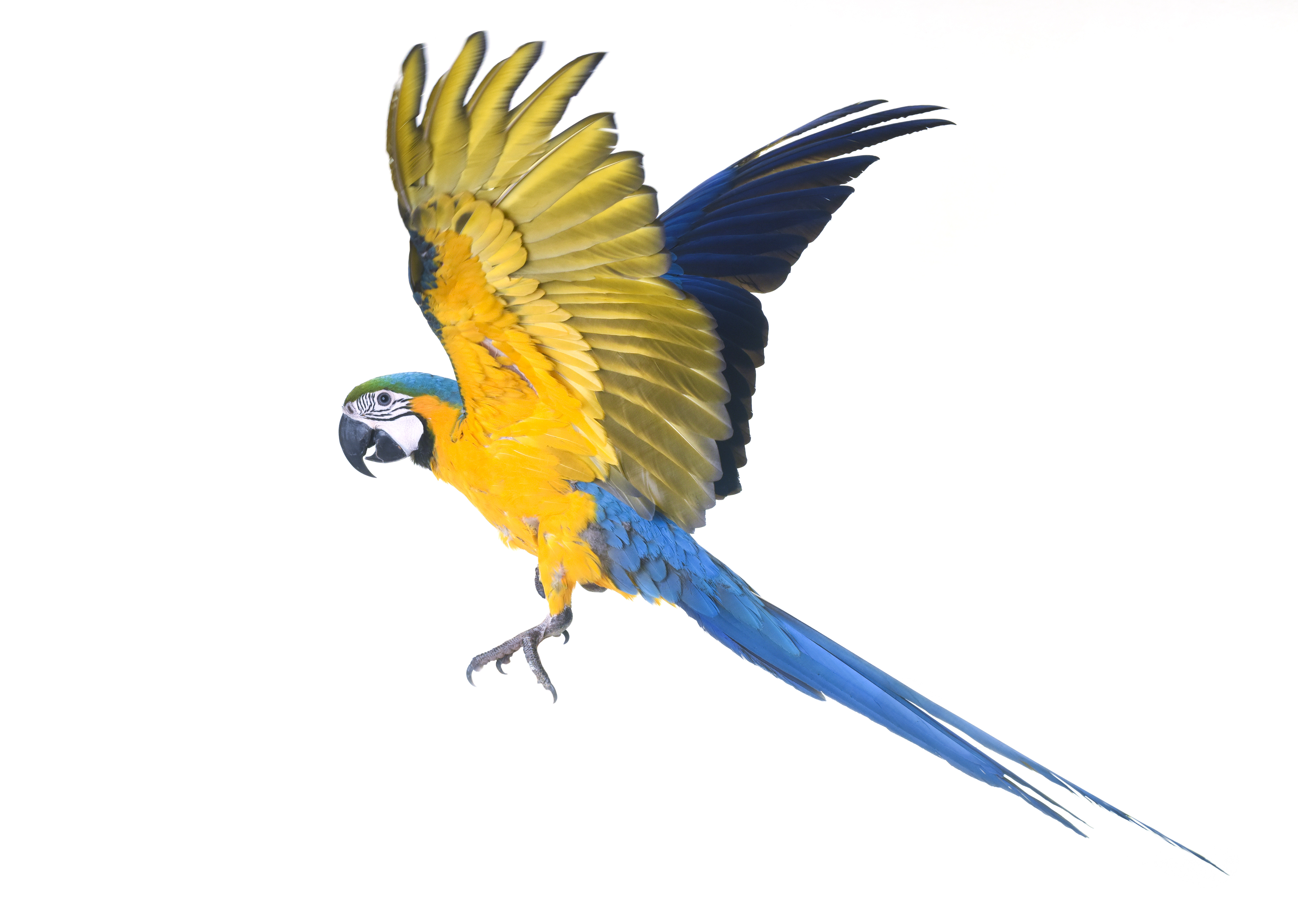 There is always healthy debate among ornithologists as to whether or not it is right to clip a bird’s wings. Both sides of the argument have valid reasons to back up their point of view, and few, if any, are ever likely to change their mind. Simply put, there is no universal answer to what is a uniquely personal decision.

But before we despair, there is perhaps some common ground from where to make a start: Birds were made to fly — and should always be able to do so.

The clipping of a bird’s wings should never be intended to be a permanent procedure to prevent flight. Instead, expert trimming of specific flight-feathers can be used to curtail soaring, rather than just flying. This has gained relevance as exotic birds increasingly become domesticated. 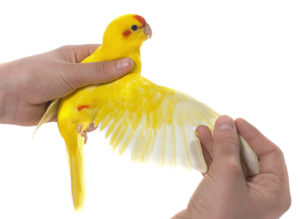 As a breed, birds can panic easily, prompting them to take flight. Should this happen within a confined space, it can quickly lead to accident and injury, not to mention being a traumatic experience for both bird and owner. Once out of their cage, birds will seize on any window (literally!) of opportunity to escape, with panic causing them to just keep flying until they are too far away to find their way back. Should your pet Polly make it outdoors, your chances of re-capturing her are slim. Even if she has been micro-chipped, that only facilitates her return once someone has found her. Apart from the emotional distress, in some instances this can also be a significant financial set-back.

Another point of agreement within the bird community is that this is a tricky, precision procedure that should never be done at home by an unqualified person. Without proper training, it is hard to distinguish between flight feathers and new, or still-growing, blood feathers. These, as the name suggests, bleed profusely when cut, inducing panic.

Should you wish to have your bird’s wings clipped, you need to book an appointment with a veterinary surgeon, preferably one that specialises in avian animals – this is not nail clipping! 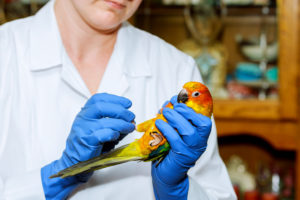 “If an incorrect clip is performed, while the bird may still be able to fly, there is a significant risk that it will crash-land,” said Mark Simpson, managing partner for more than 20 years at Sugarloaf Animal Hospital in West Wallsend, which is renowned for its treatment and care of exotic pets. “Over and above any potential injury, the resulting trauma can be serious enough to permanently affect quality of life. In extreme cases, it can even be fatal. “

So how should this annual procedure be performed?

First of all, a spot of patience is required. Baby birds need to be given sufficient time to master the art of flying – and more importantly, landing – before an initial wing-clipping should be performed. Even then, only the primary flight feathers should be clipped, according to Simpson. This is to reduce lift and thrust capability, without affecting the bird’s ability to slow down and land. Both wings need to be clipped evenly to ensure the bird can maintain balance and land safely.

Clipping also needs to be done in such a way so that the quill tips don’t scratch against the bird’s body. Should this happen, it will encourage birds to become feather-pickers due to the constant irritation. This over-attention can become a habit and continue even after the feathers regrow.

This precision requires that the clip should be done under general anaesthesia, which is pain free, and from which the majority of birds recover quite quickly. Therefore, an ideal clip can never be achieved if administered at home, as the bird will still be awake and moving. Improperly clipped feathers may never grow back correctly.

In addition, if performed at home while the bird is awake, should you unfortunately cause any pain, you run the risk of breaking the relationship of trust between bird and owner.

However, this brings us back full circle to why someone would choose to get a bird’s wings clipped in the first place. Clipping a bird’s wings makes it more dependent on its owner. Many people believe this actually enhances the bond between the two.

More practically, if a bird’s primary function is as a companion animal, then the last thing we want is for it to fly away. For an indoor bird, flight becomes decidedly more risky once out of the cage, due to the multitude of items it is not familiar with. Closed windows for a start, but also sinks, toilets, ceiling fans, attics and basements. As previously mentioned, birds are just as fragile psychologically as they are physically, so the risk of emotional trauma is equally great, even though not as apparent.

Should you still want to take your bird outside, then a harness is your best solution, even for clipped birds. Remember, the clipping is only to restrict soaring. They still have the ability to take flight and on a windy day, that may be enough to see them disappear over the horizon. 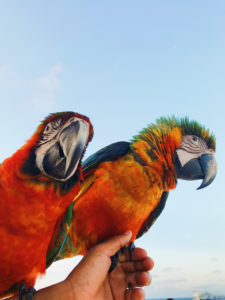 A harness does require a small amount of training, but as birds are surprisingly intelligent creatures, this should be straight-forward. It’s even known for birds to bring their harness to their owner in the same way a dog appears at your feet with its lead!

The first time you try a harness, you should do so indoors in a controlled environment and never leave the bird on its own. Teach your bird the “drop” command, so that it will release the leash from its mouth if it is trying to get it off. Start with short periods of time and build up your bird’s endurance to prevent irritation or soreness.

Birds want to fly, and it is healthy for them to continue to do so. The combination of a professional wing-clipping from an avian-specialist vet, plus a harness for outdoor trips, will allow that to happen.

PrevPreviousOne Day I’ll Fly Away – Why You Should Microchip Your Bird
NextHow to Find the Right Nutritional Mix for Domesticated Exotic Birds – Is it All Nuts?Next 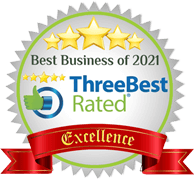 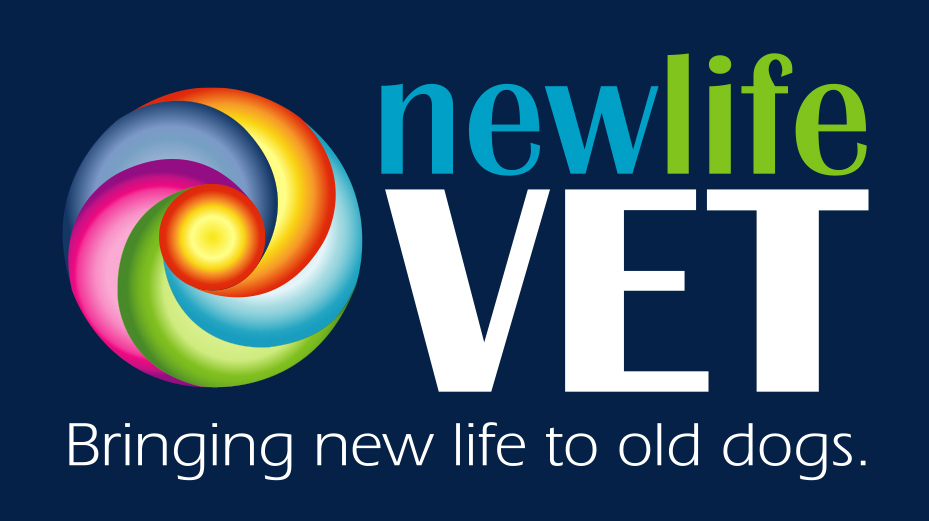