Remember – Your Companion Bird Needs Some Company Too 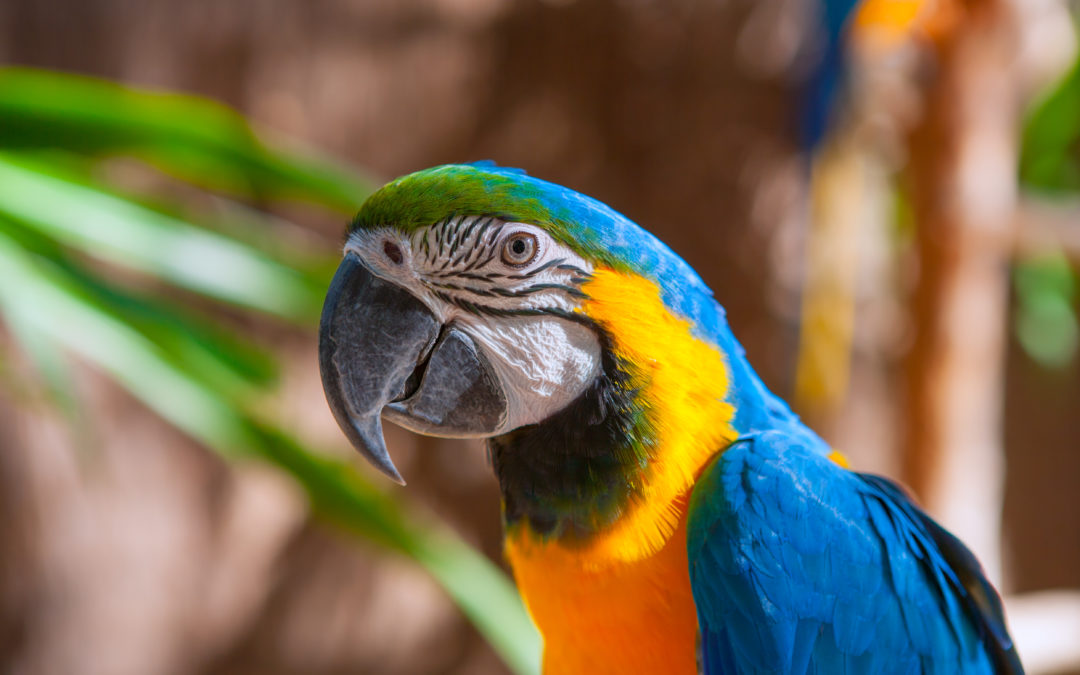 Australia achieved an interesting milestone last year, according to the latest statistics: There are now more households that contain a pet than a child under 16!

Demographics may have something to do with that: Australia, like many developed countries, has an aging population. More and more parents have become “empty nesters” after their children fly the coop and they feel the need to fill the void. Many species of domestic pet are renowned to be great companions, while being less high maintenance than a broody teenager.

However, aging has also had an influence on what type of pet we choose. While dogs still hold the title of “man’s best friend,” that friend needs to be walked at least once every day, whereas its retired owner may not be so inclined, or even able. Urbanization has also had an effect. Residences are constantly getting smaller and gardens are disappearing. So, if there isn’t enough room to swing a cat, you probably shouldn’t have one.

Having said that, dogs still top the list of domesticated pets at almost five million, ahead of the almost four million cats, according to an RSPCA survey conducted in 2016. Perhaps surprisingly, birds sit in between those two, at 4.2 million. A pretty respectable number when you consider that many species of parrot out-live their owners and are bequeathed to the next generation. Fish actually top the list at around 8 million, although there’s some doubt as to whether they qualify as companions. You can’t take your fish for a walk, they’re tough to stroke and they won’t sit on your lap.

The health benefits for humans from having a companion pet are well documented and scientifically proven, including: A reduction in stress, loneliness and depression; decreases in levels of potentially dangerous conditions like high blood pressure and cholesterol. Pets are also credited with helping speed up the healing process, as well as being able to recognize when we are ill. The increased social interaction is equally important. Walking a dog can sometimes be the only thing that gets someone out of the house to enjoy some fresh air and a little exercise.  Your pet is also never too busy to listen to you and won’t roll its eyes!

Should you be able to adopt a pet from one of the many sanctuaries or animal rescue facilities, you are already providing your new pet with just as valuable and rewarding an experience as it will share with you over subsequent years. There is no doubt your pet will be eternally grateful.

Birds certainly qualify as good companions, being one of the more intelligent species. With a little training, you can teach many exotic birds some basic tricks, as well as how to whistle, sing, or even learn a limited vocabulary. (Again, probably more than you will get out of the recalcitrant teenager.)

But this is a cautionary tale – the reason a bird makes such a good companion pet is because of that very ability to interact with its owner. This is because birds are similar to primates in having a large brain and a complex social life that can be very long. While birds are a wonderful cure for the worrying increase in loneliness, especially among the elderly, they also suffer from it. Most exotic birds crave company and seek attention, so it’s very much a case of “be careful what you wish for.”

If the benefits of companionship are verifiable, it stands to reason that the opposite is also true. Anyone, or thing, that thrives on company is likely to do badly if deprived of it. While Hell hath no fury like a woman scorned, Polly Parrot could run her a close second. Therefore, it is important to choose your bird carefully to ensure you have the right breed — not just for your surroundings, but also for your lifestyle.

As an example, Finches (including the Canary) are a good starter point. They can best be described as “watching” birds, in that they don’t like to be handled, even though they have been bred in captivity for more than a century. They are chirpy, without being too noisy, so suitable for smaller apartments. A Canary is content to be on its own, and could even be described as solitary, whereas Finches are better in pairs.

The same goes for Budgerigars, the world’s most popular caged bird. If they have the company of another Budgerigar, they will be less demanding of you. As they are actually a breed of parakeet, they are more tactile than Canaries and will happily perch on your hand. Although “talkative,” because of their diminutive size, they cannot be described as noisy. Budgies are great for the youngsters, although kids need to be reminded of how fragile small birds can be and taught how to handle them safely.

Moving up the scale a little, we get to the Cockatiel, which also qualifies as a good first pet. They are known to be genuinely affectionate toward their human companion and enjoy humming and singing. They love to be snuggled and petted and this needs to be a daily interaction in order to keep them happy and healthy. To make use of your time with them, which Avian experts recommend to be “significant,” they can be taught to whistle basic tunes. Allowing them out of their cage will improve their disposition, so they may be happy simply to be in your proximity and leave you in peace for a while.  On balance, they make great pets, but are definitely susceptible to ADD! 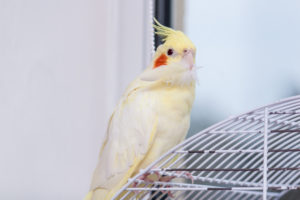 Beware the Lovebird, which may have some difficulty in living up to its name. Known for being monogamous, they will become more attached to their owner, which can make them feisty, or even aggressive, relative to Parakeets or Cockatiels. Despite having bundles of personality, it should not be considered for a first-time bird owner.

Whereas the likes of the Canary and Budgerigar have been bred in captivity for so long they have evolved to be fully domesticated, a Lovebird will not remain tame unless you work at it. Because they adore attention, they will demand a lot of it. Should it judge you to have failed to provide sufficient company, your punishment is likely to be a painful nip, or a refusal to be handled at all.

Many of the Lovebird’s traits can also be ascribed to the Cockatoo, in that it can imprint on a particular person to the detriment of others. Lacking the centuries of captive breeding of Budgerigars, they remain much closer to their still-wild relatives, where bonding is a vital part of their behavior. It cannot be under-estimated how strongly a Cockatoo needs attention and affection, so they are only for experienced bird owners. If not granted, it will most certainly let you know — and as a larger bird, a Cockatoo can be extremely noisy.

While many of the aforementioned birds sing or whistle, Cockatoos screech. Also, by being ignored, they can become depressed and/or neurotic, which can manifest itself in dangerous self-mutilation. Sadly, Cockatoos are regular inhabitants of bird shelters, either because intense feather-plucking has ruined their beauty, or simply because people realise they are too great a burden.

The same is true of the Macaw – perhaps the most sociable of all and certainly the noisiest. Macaws are the true extroverts of the exotic birds, with personalities even larger than the bird itself. But therein lies the challenge. Like the Cockatoo, a lack of regular attention will lead to emotional and physical distress. However, due to their intelligence, they can be trained, including being taught to curb their screeching.  A Macaw also needs a significant amount of space. The cage you get given to take your new Macaw home is not nearly big enough for its long-term habitat.

If you’re worried about your bird becoming bored, and the problems that will ensue from that, there are a few potential solutions that you can try. The most obvious is simply to get another bird, space and budget permitting. But be sure to check whether they are compatible, even if they are the same breed. Some species prefer a mate, while for others, a same-sex pairing is more successful. Failing that, a mirror provides a fairly good impersonation and is at least a friendly distraction. Birds love toys – and like a small child, some are to play with, while others are simply to destroy. Also similar to a toddler, boredom may well result in Polly throwing her toys out of the cage to attract attention. 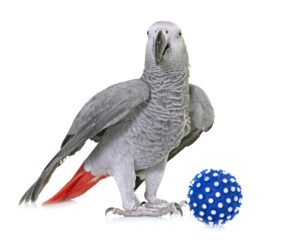 The one thing birds love above anything else is a bath, so providing a water source will greatly boost their spirits. Just take note that despite their love of water, parrots can’t swim, so don’t make the bath too deep.

Lest we forget though, companionship is exactly the reason for choosing a pet bird and a Cockatoo (or Macaw) can be extremely rewarding if you put in the effort, with the smaller Cockatiel considered an easier option. A Cockatoo’s need for affection has resulted in their nickname of Velcro birds, so they have little need of “me” time.  Their personality profile also includes comical, playful and even mischievous, making them one of the more entertaining varieties to have around.

As an example, there’s a story of a woman who had arranged for a repair man to visit her home while she was out at work. She told him:’I’ll leave the key under the mat. Leave your bill on the counter, and I’ll mail you a cheque. By the way, don’t worry about my bulldog, Spike. He won’t bother you. But, whatever you do, do not, under any circumstances, talk to my parrot!”

When the repairman arrived, he discovered the biggest, meanest-looking bulldog he had ever seen.But Spike just lay there watching him work, whereas the parrot drove him mad with his incessant yelling, cursing and name calling. Finally, the repairman couldn’t take it any longer:

“Shut up, you stupid, ugly bird!” To which the parrot replied: “Get him, Spike!”